We have the best guides on the water and in the field and will bring you an unforgettable experience. Nature inspires all of us at Spoke Hollow Outfitters, and we believe in sharing that curiosity and connection with the world around us to help you learn something new, reconnect with a past hobby, or take your skills to the next level. We believe in getting our hands dirty, clothes wet, and having fun – with nature as our teacher. Our guides are the key to taking your trip from traditional to exceptional. 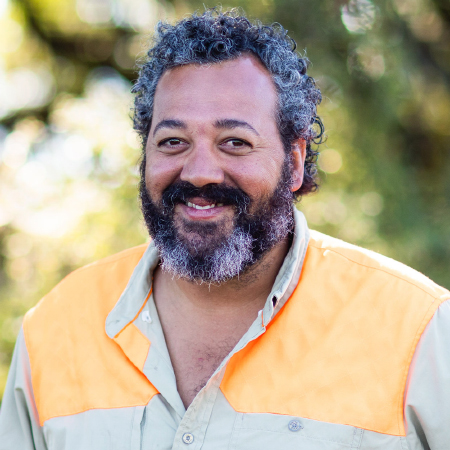 Josh is a 7th generation Texan who was raised spending equal time in Telluride, CO, and the Texas Hill Country. He is the owner and operator of Spoke Hollow Outfitters, and the primary steward of Spoke Hollow Ranch. Josh is a skier, angler and huntsman, with a passion for being in the outdoors and he has a calling to share his knowledge and joy with others. He is the product of a skipped generation when it comes to the outdoor sportsman life. His grandfather, James A. Joy “The Judge”, was an avid outdoorsman and spent most of his life planning for his next hunting and fishing adventure. Josh fondly remembers holidays at The Judge’s house, which were filled with wild game and line caught fish. Josh’s grandfather passed before the tradition could be handed down and his own father was not interested in sporting pursuits. But that did not stop Josh from pursing his sportsman life.

At the age of 12, Josh picked up a fly rod and taught himself to fish on the San Miguel River in Telluride. In his 30s Josh began to pursue shooting and hunting sports. When he married Jeanie they started spending time at Spoke Hollow Ranch and exploring sustainable farming practices. This journey to acquire knowledge of self-sufficient life practices ignited a fire for Josh to harvest his own wild game. Once that journey began, his pursuit for knowledge and practical application of hunting was all encompassing.

Josh spent part of his life in the culinary world through restaurant ownership and this background set the stage for a major “light bulb” moment when he harvested his first large game. A sense of satisfaction enveloped his life when he was able to bring his harvest to the dinner table. He was flooded with memories of his youth and his grandfather, and a sense of honor and satisfaction knowing that a tradition was being carried on.

He feels that there is a true connection to the natural cycle that comes from being an active participant in bringing your own protein to the table and his mission is to share that feeling with others. Josh is teaching his own children how to hunt and fish so another generation is not skipped. He believes that through these modalities we can all gain an appreciation of the natural world that will lead to us being the best stewards possible. It is this core belief that drives him to assist others along their outdoor path, whether you are a skilled hunter/angler, the product of a skipped generation, or outdoor sporting is not in your family history at all, Josh invites you to allow Spoke Hollow Outfitters to help build your outdoor legacy. 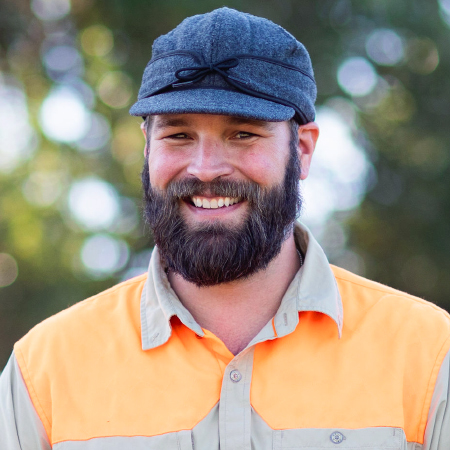 Davin “Whiskey” Topel grew up in Minnesota where fishing is a way of life. In 2004 he moved to the Wasatch mountains near Park City, UT, where his cabin was accessible only by snowmobile. There Davin discovered fly fishing, white water rafting, backcountry snowboarding and skiing, as well as duck and upland bird hunting. He was enamored with this connection to the natural environment and has been pursuing this life ever since, from fishing to foraging. Park City is also where Davin cut his teeth distilling whiskey for High West Whiskey Distillery. Davin moved to Austin, Texas, in 2014 and continues his distilling career with Drink All Hands and Real Spirits Distilling Company. When he’s not tying flies or taste testing his latest creation, Davin is enjoying life with his family.

Chase is an avid outdoors man who has been fishing and hunting since he was a child. Raised in Austin, Chase has hunt for dove, deer, quail, turkey, duck, and geese since he was 6. His love for fishing was curated by boyhood trips fly fishing and cast fishing on the Miracle Mile (North Plat River) in Wyoming and rivers throughout Colorado and Texas. The first day of opening seasons were always viewed as a holiday and were met with giddy excitement. Chase has celebrated dove and deer season since he can remember.

A resident of Wimberley since 2017, he’s fondly known by locals as “The Mayor” because he enjoys meeting and connecting with people everywhere he goes. In addition to hunting and fishing, Chase enjoys time with his wife and two kids, metal detecting and coin collecting. Chase feels truly at home and alive in the outdoors and is excited to pass this tradition to his kids. Every day is a chance to learn new skills and he looks forward to taking people out to share his contagious enthusiasm. 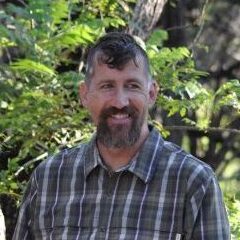 Knowing how to harvest nature’s free food fed Mark through the wild times of childhood and while getting a master’s degree in medicinal chemistry and a Ph.D. in physical organic chemistry. For eighteen years he worked as a research chemist in the oil industry using his knowledge of natural products to develop environmentally friendly replacements for traditional oil field chemicals.

More recently he left the petroleum industry to apply his herbalist skills creating ancient herbal supplements for modern issues with Medicine Man Plant Co. However, his evenings and weekends are spent guiding people back to nature’s bounty, not only teaching them which plants are edible and/or medicinal but also proselytizing how foraging heals the body, mind, and soul…and prepares them for the zombie apocalypse! His book “Idiot’s Guide Foraging” is one of the most acclaimed wild edibles guide for new and experienced foragers. Since 2008 his website www.foragingtexas.com has been one of the top wild edible plant sites on the internet. 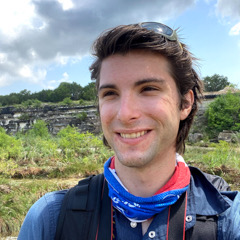 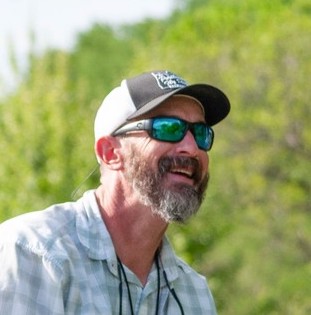 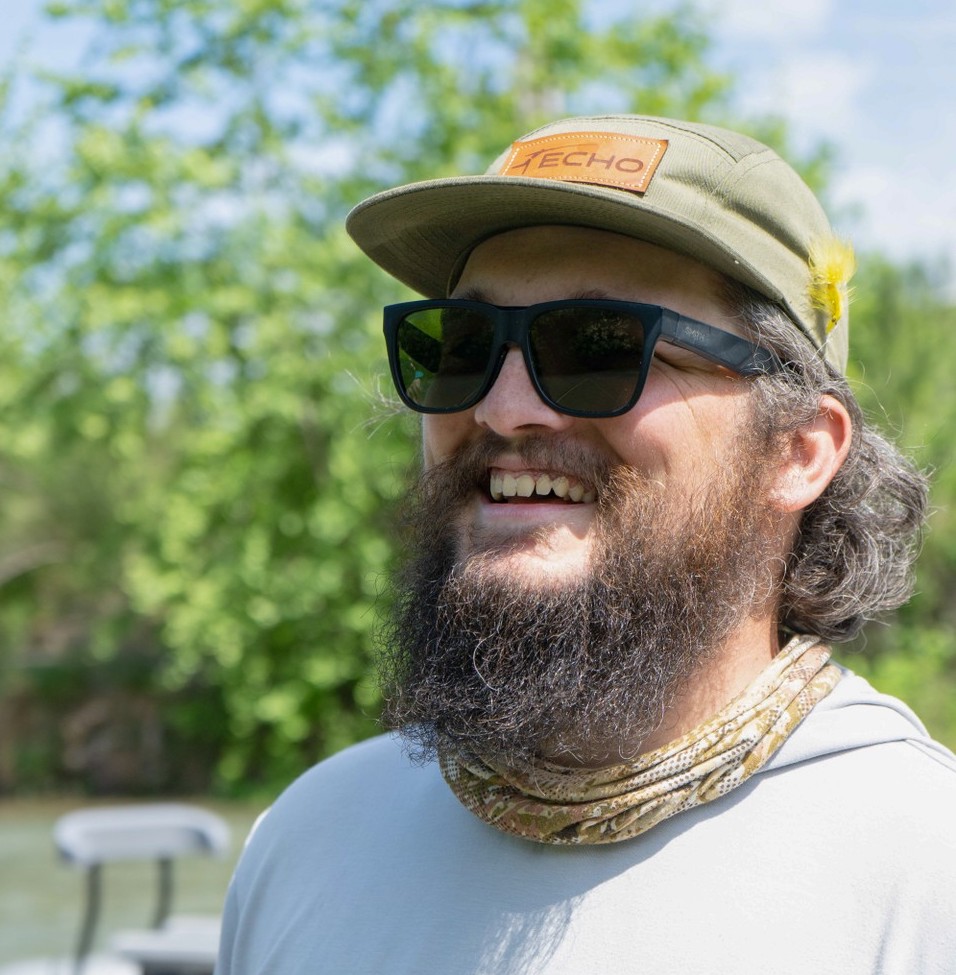 Chris Smith has been moving around the country his whole life, and was practically born with a fishing rod in his hands. At a very young age while living in Lago Vista, he discovered his love for the outdoors and would spend his days outside in the creeks and forests of the Texas Hill Country from sunrise to well into the night. This would become a running theme in his life. As life moved him around from Texas to Michigan, California to Florida he found the only constant to be an infatuation with the flora and fauna of the area.

While he’s been fortunate to be able to travel all over the world and fish Europe, Canada, Mexico, and Asia; he feels a special call from Central Texas. In high school he cut his teeth teaching himself to fly fish in the tight quarters of Barton Creek and eventually the Lower Colorado River. In fact, in his senior year of high-school he would often get to school, walk to each of his teachers to get assignments for the day, walk out the back door, and spend the day fishing, much to the chagrin of his family. Currently Chris spends his time breeding fish and houseplants for local aquarium shops and nurseries, as well as camping/fishing road trips with his high school sweetheart and their dog, when he’s not on the river guiding.
His absolute favorite thing to do is teaching a Fly Fishing 101 class and guiding, finally having found a conduit for his passion of the outdoors and conservation that allows him to share and hopefully instill that passion in other people. 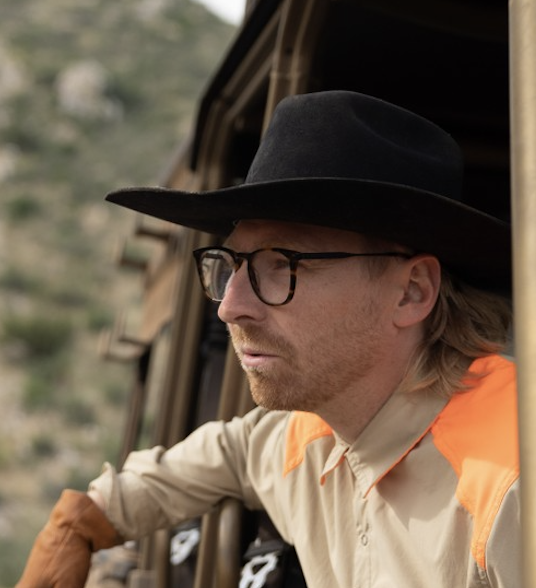 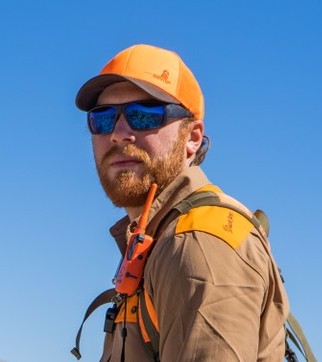 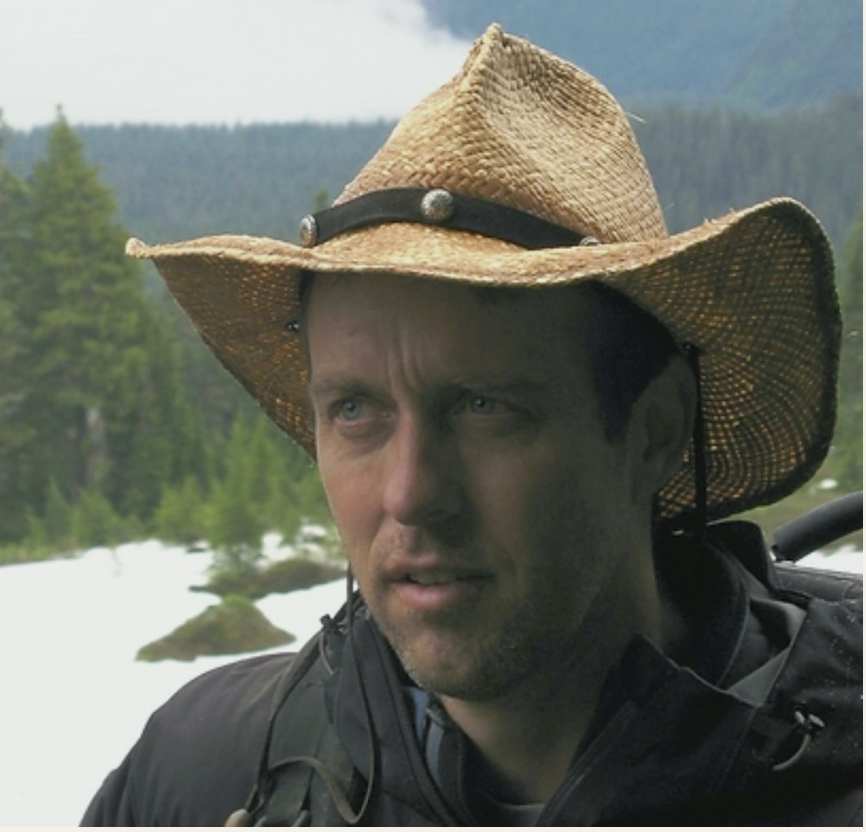 Lee Burton is the owner of Naturalist Studies, an adjunct professor at the University of Florida and University of Idaho teaching courses in animal behavior, and formerly the executive director and program manager for Conservation Centers for Species Survival. He has led field programs in North America, Central America, and Himalayan China and is a Master Naturalist, as well as being certified in Wildlife Track and Sign by Cybertracker North America. He also mentored under Jon Young, and is recognized as a Bird Language Leaders Instructor.